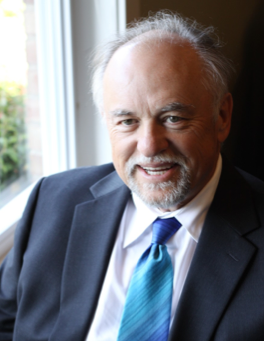 Some people have to retire so that they can go do what they love. Dick is one of those fortunate enough to already be doing what he loves each day, and in that sense, he never plans to retire.

Today, Dick enjoys meeting with his clients as much as he did on day one. To best serve them, he has continually enhanced his knowledge with additional training, networking and skill development. Dick is one of a very small numbers of advisors participating in continuous education to become a part of nationally known IRA expert Ed Slott’s Master Elite Advisor Group. He regularly travels around the country to meet study groups made up of colleagues who have also dedicated themselves to being the best IRA advisors in the country.

Dick has regularly conducted educational workshops on current trends surrounding retirement throughout the Puget Sound region for over 20 years, serving not only his clients, but also helping educate the broader community.

His industry affiliations include the Financial Planning Association, the Washington State CPA Society and Snohomish Estate Planning Council. Most recently, Harsin Wealth has been recognized by the Women’s Choice organization for their commitment to the women’s market and effectively serving women clients in Washington state.

Over the years, Dick has been recognized for his extensive charitable work, as well as within the financial services industry. Dick has served as a member of the National Exchange Club Board; trustee of the National Exchange Foundation for the Prevention of Child Abuse, board member of Deaconess Children’s Services, and the boards of local Little League organizations.

Dick grew up outside of Pendleton, OR, graduated from Portland State University, and served in the U.S. Navy before settling in the Seattle area with his wife and two daughters. In his free time, he loves coaching Little League baseball, spending time with his wife Nancy on their deck overlooking Puget Sound, and being a very active grandfather to his seven grandkids.

Five Star Professional, as a third party research firm, identified pre-qualified award candidates based on industry data. FIVE STAR award recipients were nominated by either their broker/dealer or peers or were prequalified.  They satisfied objective eligibility and evaluation criteria associated with providing quality services to clients.  The criteria includes: active credentialed financial professional for a minimum of 5 years, favorable regulatory and complaint history, fulfillment of firm’s internal review, accepting new clients, one year and five year client retention rates, client assets administered, number of client households, education and professional designations. A favorable regulatory and complaint history is defined by Five Star Professional to mean that the wealth manager has not: been subject to a regulatory action that resulted in a license being suspended or revoked, or payment of a fine, had more than a total of three settled or pending customer complaints filed against them (excluding dismissed complaints) with any regulatory authority or through Five Star Professional’s consumer complaint process, individually contributed to a financial settlement of a customer complaint, filed for personal bankruptcy, been convicted of a felony.  No fee is paid to be included in the research or on the final list. 2,732 Seattle wealth managers were considered for the award; 664 (25 percent of candidates) were named 2013 Five Star Wealth Managers (The criteria provided reflects the most recent year for which advisor received the award. The criteria used, the number of wealth managers considered for the award, and the percentage of those who receive the award, may vary from year to year). These awards are not indicative of the wealth managers’ future performance. Your experiences may vary. For more information, please visit www.fivestarprofessional.com

Ned Abenroth joined Harsin Wealth, Inc. in 2005, earned his Certified Financial Planner (CFP®) designation and is now a partner. As the firm’s resident economist, he is responsible for developing our clients’ investment strategies.

As a student of life, Ned’s life experiences have well-equipped him to serve his clients. He is a father and husband, the son of a parent who died too young from cancer, a cancer survivor himself, a pastor, public speaker, community volunteer and coach.

Ned decided in his early 20’s to abandon career and civic achievements as the most meaningful life benchmarks, and instead judge his own life based on the impact that he has on others. His work at Harsin Wealth, Inc. and other activities present opportunities to practice serving and loving others (a lofty goal which he is far from perfecting).

Ned and his wife Jamie have four kids: River, Truss, Pier, and Wake, plus a rabbit and four chickens. They all reside in an old farmhouse in Seattle. 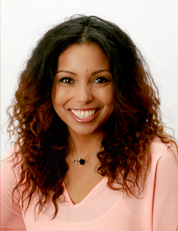 A South Carolina native, Valarie has also lived in Texas, Oklahoma, California and Nevada. She earned her cosmetology license in Reno, and then ventured to the Pacific Northwest in 2002. Valarie has spent many years in the customer service industry, focusing on developing client relationships and providing WOW experiences.

Valarie joined the Harsin Wealth, Inc. team in 2014 and is excited to be part of the financial services industry. She is currently finishing up her transfer degree at Edmonds Community College and looking forward to attending the University of Washington next year.

Valarie enjoys live music, traveling, and cheering for the Seahawks, along with hiking, gardening and spending time with her friends. Valarie is also a volunteer at Operation Nightwatch, a nonprofit organization dedicated to feeding the homeless.